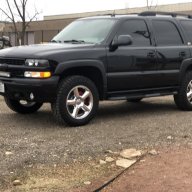 Yes thats the key to see if you have ac voltage coming out of the vss that would answer alot and save a bunch of chasing around time.Yes ground is a cause i have seen that bulletin before.At least your in the right area its not in the fronts. 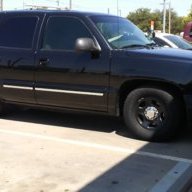 I appreciate your help man, i fugured it was just a bad vss but nope.. So how would i test it for output? Put it on jack stands and run it in gear(which is dangerous) but i will do it if needed.

Yes sir, 3mph on the scanner on a test drive. He cleared all the codes and tried again, lights came back at about 15mph. No speedo at all. This has to be moisture related because the 1st time it happened last year, i had been driving in the rain. Then it went haywire for good this time, after 3 hour drive in heavy rain..

Sounding more like a wiring issue-i would think you need a scanner to see the ac or voltage when driving.Try this and let us know what you get.http://blog.buyanycarparts.com/how-to-check-the-speed-sensor-on-a-99-chevy-silverado/
E

You can use a multimeter to see fluctuating voltage output (or frequency) depending on meter. This ones cheap.

I cut the wires to the vss and hooked up mulitmeter, ac voltage increases with wheel speed, highest it would go was 5.8 but i only spun it so fast as im on jack stands.

You must be logged in to see this image or video!

I may have found the issue, i took the vatozone vss out and put the original back in as the connector surface was shaped different, making me think maybe the plug was lnt fully seating on the pins. I squeezed the pins together a little and plugged it inyo the original, now the speedo works and it seems to be shifting again but yhats on jack stands. Abs light is still on but it may go out once the vss is working. I have my fingers crossed that it was this simple‍

Forward progress! Check ground underneath if it's still in the air.
Thats why I don't like parts cannon. Usually get lucky, but never truly find cause. It really raises hell when ya don't get lucky. Good Job!

I think its fixed. What i think happened was, the 2 wires coming out of vss were showing the wire as if someone had messed with it at some point, i think moisture was getting in the plug and grounding it out. So initially i checked the continuity and it was good so i used liquid electric tape to seal it up, and i installed the new vss, which didnt work. So after
You must be logged in to see this image or video!
much head scratching and test i noticed the new vss had this plug in shape, which did not match my factory plug in. So i installed the old vss, pinched the female pins in a little and installed it with dielectric grease, and now it works.. So my initial find and fix probably worked but the plug in didnt match.. i also changed the ground wire from floor to frame below the drivers side floor, it was almost completely severed on one end, only 5 or 6 strands holding it on. Also i think the abs module probably had the bad relay as described before. Im not 100% sure which thing fixed it.. Just letting yall know, i really appreciate all the help..

I appreciate the help very much
You must log in or register to reply here.

97 Yukon won't shift right when ABS light is on
2