Anyone have an update on this thread. Most of my lights are out and would like to know exactly what to buy my control is like the one at the start of this thread. 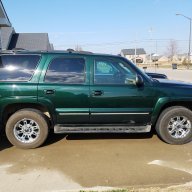 I used 5mm led blue with a 470 ohm resistor, I will enclose a pic so you can see how it turned out.


You must be logged in to see this image or video!
K

I found this site where you can find all the bulbs you need. Direct fit, regular ones and LED. They are a bit pricey tough. 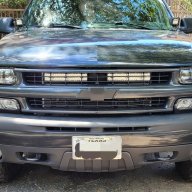 K1ms said:
I found this site where you can find all the bulbs you need. Direct fit, regular ones and LED. They are a bit pricey tough.

I ordered them on Amazon. Most of the bulbs are 12v, so you'll want to find 12v LEDs to replace the 12v bulbs. You can be specific to 3mm or 5mm , but in most cases it doesn't matter, I used 3mm for all of them. The problem you'll find is when you run into a bulb that is actually an led. Those were only provided 2v or so. They do this by using an inline resistor on the circuit board. I backtracked the trace from one leg of the led to find the resistor, removed it and replaced it with a wire jumper. Now you can use a 12v led and will have a full 12v source. You could also replace with a regular led, but I bought a pack of 50 12v LED's so I didn't want to buy more.
You'll want to take the panels apart and then plug them back into the truck, turn the truck on and use a meter to identify the positive terminal of the bulbs before you install the new LEDs. Make sure you know what the positive terminal of your led is so you don't have to pull them and flip them afterwards.
I've done all the gauges on the dash as well as the doors switch panels, so if you have any questions just message me.
You must log in or register to reply here.

B
HVAC control light has no power