You just can't please some people

So, after I got my tool assortment back together, I got to thinking that besides doing work on my vehicle and my girlfriend's vehicle, I could make some side money as well. I am tired of being retired.

Anyway, I at first put an ad on CL but my girlfriend was not happy about that because she did not want strangers over here casing the place and my tools collection. I thought about that and agreed with her. Then I decided to just advertise at the American Legion post bulletin board. I stated that my labor rate will be $50 an hour for regular customers and $40 an hour for post members. I immediately got some work but also decided that I needed some more diagnostic equipment and after about two weeks, this afternoon, I upped the labor rate by $10 on each option. You would have thought that I shot them in the heart. I told them I will not do heavy work here like engine and transmission swaps and would be right up front with what I will or will not do and also will not be mobile. I also said I would get them parts at my cost to save them money. I make no $ on parts. I also tell them what parts manufacturer I will not install. I don't hide any of that info. I tell them right from the beginning. Shops in the area charge a minimum of at least $120 and I am an ASE certified tech. You just can't make some people happy. So far I have done the post lawn tractor maintenance of belts and new blades and fuel filter and oil change and air filter that would have cost them over $350 labor alone. I did it for the old labor rate for $160 labor and they supplied the parts. I also did some motorcycle work as well. Plus, the documented here 89 K2500 cooling system work and also some lights on a Ranger and will be doing an oil change on the Ranger and pull codes and fix that on the Ranger. I do most oil changes for the post members for $20-$25 labor. 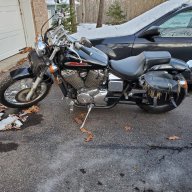 i used to do side work myself until people kept started neglecting thier vehicles because my rate for brakes was cheaper than just having pads changed at a normal shop. every time it was pads and rotors and i would get the "it just started making that noise". other various repairs with the same nonsense. also the people would come for repairs knowing i would generally be willing to do something to keep them going that a normal shop wouldn't. became obvious pretty quickly they weren't interested in making thier vehicle safe just keeping it going.
9

All you have to do is look around here to see the comments some people make about fixing things (meaning how they refuse to fix things properly and just use sheet metal screws, tape, and glue making it worse), taking care of their vehicles, and their opinions of shops/dealerships. Most of the time, the people who know the least act like they know the most. I don't do side work at all because I cannot stand people's attitudes. You bend over backwards to help them out and they STILL ***** and complain. They can't walk into Wal-Mart , the doctor, or a CPA's office and act like this but somehow when it comes to cars people are just rude know-it-alls and EVERYTHING costs too much. 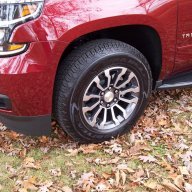 All these reasons are why I choose the part that gets installed, I choose how the work is done-no band aids and I tell them they can watch me when I do the work and there is no parts warranty and I list what I ran in to doing the work I am hired to do. People that saw the recent work on the 89 K2500 know that I warned that more cooling system problems WILL come up because of the rust in the system and that during the work on the cooling system, there was a problem with the starter that came up and I found a leaking fan clutch. I am not gonna get trapped in the scenarios that you guys laid out. They can fix it my way or take the highway.

I only work on Family and Friends vehicles. For heavy maintenance, I will not work for anything less than a case of beer, and bucket of chicken.
OP
OP

Fine example of what I was saying, I did the work on the post riding lawnmower, I had estimated 5 total hours at $40 an hour, it took me 4 hours and I dropped the price to $160. During the work we tried to start a couple times to move it and the key turn would just click and click and had to jump the battery and then did charge it up. I finished all work. We drove on to the trailer and off the trailer at the post. I was asked for a detailed invoice and supplied that along with notes of needing a battery and maybe cables and would need to test starter and that a mulching plate was mounted to a cracked spot on the deck and needed welded and reattached but I had shimmed it to get by for now. I was told thank you.

Today the commander of the post texted me that the lawnmower would not run. I had done plugs, fuel filter and air filter and oil change. I asked if it had a problem cranking over, thinking of the battery I had warned them about. He said yes, no crank and when I reminded him of the note about the battery and possible cables/starter he said I should have fixed that too when I had it. i reminded him I had no approval for that and noted the problem when I invoiced the post thru him. He said he didn't care and I should have fixed it. I told him to kiss my hairy pimply ass. Told him I will not work on the mowers any more and they can go pay $100 an hour at the place they used before. Cold day in hell before I will ever do anything for that post again while he is commander. By the way, when me and my friend that was with me, found out about the no crank problem, we did try to call the commander and there was no answer and we left message, By time I was done, no call from him. Never did hear from him till next day when he wanted invoice and he didn't say anything about the battery after the message I left him the day before or when he read the invoice in front of me. He is a smoking turd pile.
Last edited: Sep 28, 2022
B

91RS said:
All you have to do is look around here to see the comments some people make about fixing things (meaning how they refuse to fix things properly and just use sheet metal screws, tape, and glue making it worse), taking care of their vehicles, and their opinions of shops/dealerships. Most of the time, the people who know the least act like they know the most. I don't do side work at all because I cannot stand people's attitudes. You bend over backwards to help them out and they STILL ***** and complain. They can't walk into Wal-Mart , the doctor, or a CPA's office and act like this but somehow when it comes to cars people are just rude know-it-alls and EVERYTHING costs too much.
Click to expand...

Cars are made of metal screws, tape and glue... many cars are actually glued together... the glue will end up failing off . see GM's recall on it's adhesive failure...

That's NOT what I'm talking about, and you know it.
B

91RS said:
That's NOT what I'm talking about, and you know it.
Click to expand...

So if I used GM adhsive that would be ok
You must log in or register to reply here.

T
Adding some LTZ features to a 2012 Tahoe LS