Status
Not open for further replies.

With 2020 being here, it is a good time for staff to tell new members and remind existing members that tahoeyukonforum is and has always been a political (and religious) discussion free zone.

We know that here in the US we’re in for a wild ride over the next few months and we’ll be lucky if the internet doesn’t explode at some point, but we ask that no matter how tempting it is to get political, you contain yourselves whilst you’re visiting this community.

TYF is what it is because for the most part we focus on the one topic that unites us and leave out all the polarizing subjects that divide us. As a result we have a unique community where members aren’t adversarial to each other for reasons that have nothing to do with the subject matter of the forum. We think it is a special place and we will enforce the ‘no politics’ rule aggressively to protect this community and its members who overwhelmingly favor this existing policy. As has been stated many times before, the internet is not lacking spaces where anyone can go and share their political opinions, we ask that you use those social media vehicles for your expression instead of tahoeyukonforum.

If you do bring politics up in any part of this forum including the lounge, staff will take action, first with a warning and then with a ban. If we determine that the transgression is such that it warrants a ban without warning then we will do that as well. None of this is debatable or up for discussion. Don’t try to circumvent the rule by being vague, we will take action anyway. This obviously includes political meme pics.

There are only so many staff members and we do not read through every post of every thread. So if any member sees this rule being broken in any post please alert it and we will deal with it appropriately. This is after all your community and TYF is the sum of its members. This rule is only here to protect the great culture that has developed over the years, and if the members don’t care then we will lose it. So alerting us is the right thing to do. If you do see a political post, DO NOT RESPOND TO IT. Just alert it, or ignore it, but if you engage by responding to it action will be taken against you as well, even if you’re the one that alerted it.

It gives us zero pleasure to take action against any member, so hopefully this reminder makes the point strongly and clearly enough so that it won’t be an issue at all moving forward, and staff can continue to apply what has always been a light presence in regards to moderating this community.

Really proud of how everyone, but for a few outliers, cooperated and helped uphold this policy ... for that TYF staff is sincerely grateful. We hope you agree that it made for a nicer community and one that was a refuge from the rest of the internet. As stated before, this is your community, and without you 'buying in' into the thought of keeping it civil it would just become another cesspool.

That said, just because this election cycle is all but over, everyone still has strong beliefs and feelings, maybe even more so, therefore the policy does remain in place as we move forward.

But again, thank you! 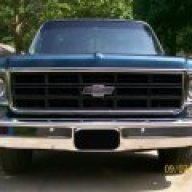 Bumping this up as a reminder to all TYF members

Status
Not open for further replies.