Throwing in the towel!

Yeah, I'm going to wait for job losses and the market to really dive for people to start unloading their existing rides as they can't keep up with a 1k car payment. It's really my best bet at this point. And no, my dealer never got the allocation so GM never accepted the order. If you are spending this much money, having to compromise on things like a floor mat package or max towing or anything else is insane. Putting the onus on my dealer rep to figure out what is/isn't avail every week and then determine if there's anything I could forgo is a silly way to run a business. Just let manufacturers sell directly to the public...the middleman is a hassle.

I'm not so quick to let GM off the hook for cost increases by saying it's inflation either; forced onstar/connectivity packages aren't due to component increases...it's just greed. And Chevy has let dealers get away with pricing 5-20k over MSRP without penalty so they're an enabler/contributor of prices getting out of control. 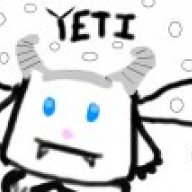 Every manufacturer has dealerships selling with markups. I wouldn’t blame just GM for allowing it. But I understand your gripe. 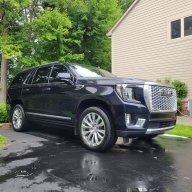 rmsnickers said:
Putting the onus on my dealer rep to figure out what is/isn't avail every week and then determine if there's anything I could forgo is a silly way to run a business. Just let manufacturers sell directly to the public...the middleman is a hassle.
Click to expand...

While the middleman is a "hassle", your dealership and salesperson should be doing their part to provide you with that info so they can earn their commission on the sale, especially if they are ones to mark up over MSRP. Atleast, that's when people actually had to know things about vehicles and actually sell them while being a true sales person.

Not sure if you have used GMC/Chevy chat to ask for updates on your order. But imagine dealing with something like that multiple times over if GM did a direct to consumer approach right now.
T

we ordered three tahoes and an AT4 at the end of the year and only one tahoe ever showed up - we just got lucky with that one...

hopefully your deposits were refundable, but then again, if you never received a vehicle the dealership would be hard pressed to fight to keep your $$

although GM's ordering process boggles the mind (allow an order to be placed that GM knows at the time of the order that it'll NEVER get built - think including RSE on a 2022 order at the beginning of the year), the dealerships are receiving the allocation/constraint list(s) every week or every other week. in about 30 mins someone should be able to review the pending orders and see if anything either matches up with an allocation or see which orders could be modified and ping the customers and see if they want to make a change.

100% on board with the sentiment that spending $70-80k shouldnt mean you miss out on an option the buyer is wanting...but everyone's in the same boat, not like there are golden tickets floating around for a Denali Ultimate WITH supercruise right now...but there are silver tickets by way of allocations for a duramax...

Unfortunately it does seem to be more of "chance" to be able to actually order what you want and to have it built. I can think of 5-6 dealerships within 75 miles of where I live that I've either bought from or used their service department and if I had used them to order a Tahoe/Yukon, it would have never been built...the conversation I had with them told me to look elsewhere...one of the dealers told me he had 21 Tahoes ordered and they've never received more than 5-6 in a year...yes this was a small rural dealership, but I can only imagine what the "lists" at a larger dealership look like

I'd take a look at the 2023 inventory that is in transit and send some emails to those dealerships...if nothing else, you can create a network of possibilities in the near future...after contacting probably 20 dealerships over a 2-3 week period in Jan (contacted dealerships until one of our four orders was accepted)...from March - May I had an opportunity to probably buy 6-8 Tahoes from the same dealers I had contacted earlier...turned down all of them since ours was in the queue and delivered in April
B

In my case, the tahoes I ordered were adjusted to meet the constraint list several times. No max trailering or floor liners etc etc but the dealer got no allocations. I wouldn’t adjust below premiere’s though.
J

We just bought a new ‘22 Burb LT in early August. Needed to ditch a troublesome Expedition on trade. Had a GM referral coupon that most dealers wouldn’t take due to so little supply of vehicles. Ordering would have taken way too long, found a couple that were “built but waiting shipment or chips” but that could have been a several month +++ delay. She really wanted a 6.2 High Country or Premier but only if we could have used the referral coupon to bring price down to $72-74k range.

So we gave up and just found a nicely equipped Suburban LT with panoroof and a few other goodies.

It’s not her dream car but it will certainly get the job done nicely for a year or two….at which point, perhaps, things will have returned to normal and we can upgrade for nominal cost.

After all, this is literally just a kid hauler at this point
D

The price "markup" from year to year is less than inflation so the price is generally going down. My 22-23 order renewed with more options (supercruise, etc) and a few hundred bucks more than my 22 order.
C

After the excruciating wait for my Corvette I doubt I will order any GM vehicles ever again.
B

Craigy said:
After the excruciating wait for my Corvette I doubt I will order any GM vehicles ever again.
Click to expand...

DarkHorizon said:
The price "markup" from year to year is less than inflation so the price is generally going down. My 22-23 order renewed with more options (supercruise, etc) and a few hundred bucks more than my 22 order.
Click to expand...

I was surprised the base price difference in a late model 22 Z71 and an early 23 was only $500 since there were over $2k in price increases during the 2022MY production run. Will be interesting to see how 2023s are priced next spring
You must log in or register to reply here.

S
Can anyone help me reconcile the difference in production status code from Dealer vs GMC?
2

R
So, dealer is finally telling me my order can be placed and only constraint is floor mats?
2

C
Battery Fuse In Fusebox Has Voltage On Both Terminals