The transmission monster finally got me? 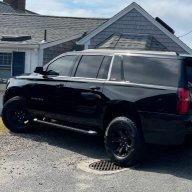 I'm at around 94,000 miles on my 6L80E. Shifting fine, no issues up to a couple weeks ago. After my wife took it on a long road trip, the next day I started to notice a high-pitched mechanical "whine" that would come in just prior to upshifts at higher RPM. Shifts were noticeably jerkier and there was distinct "shudder" while driving along at highway speed in high gear. Seemed to "hunt" around for gears a lot more than usual and these problems seemed to be worse when warm. No CEL. Drove it for about 10 days like that. Noticed what I *think* was decreased fuel mileage during that time.

Then yesterday I was sitting at a stop sign, went to take off and the truck wouldn't move. Just like I was in neutral but I was in drive. I shut the truck off, started it back up and it moved again. Got about a mile down the road and it started totally losing gear and zipping up to 4-5,000 RPM randomly while at cruising speed, like someone was shifting it into neutral as I was driving down the road.

I'm pretty sure what happened here was the textbook torque converter failed and ate up the trans over the period of a couple weeks, like has happened to so many people with this transmission. Can anyone confirm these symptoms?

I've recently come across some YouTube videos where lack of forward gears on the 6L80 has been blamed on bad check balls in the valve body (that doesn't explain the noise...I don't think).

I expected this trans failure to occur at some point in my ownership of this truck and I'm planning to just have a reman installed. But before I plunk down $5000 I wanted to ask if this sounds like a typical TC failure taking out the trans or if it might be the check balls or some other issue. Hopefully some of you who have been through this can give me some idea. No I haven't dropped the pan yet to see if there's material inside. I don't have the time for a driveway autopsy just because I'm curious. But if it might be something I can fix, I could do that. 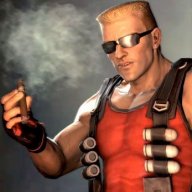 $5000 is pretty high, you can have it professionally rebuilt with upgrades for less than that, so if you are going to just toss a remand in there then there is certainly cheaper options.
and from your description it has a problem for sure and there is honestly no telling what it could be exactly until it is inspected, any metal inside will require a rebuild anyway, the metal doesn't just stay in the pan and the internal parts have very tight tolerance's so metal will just cause more problems.
I think best wishing is if it is just the valve body you could swap in a fresh one and get it down the road a bit more but the TC may go eventfully anyway.
preventing the problem initially would be replacing the torque converter with a billet one as that is the weak spot, it goes and takes out the pump and wears out the bell housing, clutch hub breaks, the check balls shrink. there are fixes for all of the known issues which should all be addressed with a good shop.
a generic rebuild may or may not have all the fixes done.
the shop that did mine does 2 or 3 a week I requested it to be built for 500hp and billet converter so hopefully I won't break it again for a long time. they charged me $4300 out the door and that's a high priced shop. so $5000 seems excessive to me.
I plan on long term ownership myself so I wanted it fixed right.
anyway sorry for the long story just my opinion

I sure would like to hear what the fluid looks like and the level in the system. Was the dipstick pulled and I missed that info?
OP
OP

OR VietVet said:
I sure would like to hear what the fluid looks like and the level in the system. Was the dipstick pulled and I missed that info?
Click to expand...

Haven't checked it yet.
B

The first sign of noise and/or abnormal shifts would've been the cognitive trigger to CHECK the fluid level. Not 10 more days of use and then speculation about "what" it could be. I side with probably a failed TC, but do some homework before asking for a solution.......

Also, depending on what you use the truck for, a reman from GM carries a good nationwide warranty. 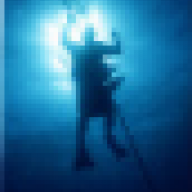 $5K is has been the going rate this year for a GM reman with warranty. Lately, some areas have even higher prices, thanks to government inflation.

Do you know about the thermostat they put on your transmission, that greatly contributed to the short lifespan. When they put the new transmission in, make sure they use the new lower temp thermostat; they'll know what you mean.
OP
OP

swathdiver said:
Do you know about the thermostat they put on your transmission, that greatly contributed to the short lifespan. When they put the new transmission in, make sure they use the new lower temp thermostat; they'll know what you mean.
Click to expand...

Got one on the shelf, meant to put it in over the summer but never had the time. And now here we are. I sent it with the truck to the trans shop. 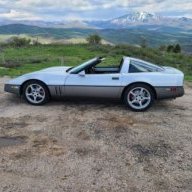 with these it's probably the converter, and that takes out the pump.
a good 2k in parts right off the bat.

I thought mine was really straight forward, and it's a good time for the builder to do some upgrades.
I'm sure the builder will toss/gut the bypass while he's in there.
You must log in or register to reply here.

M
Replaced my transmission thermostat with a lower temp thermostat