"Solved" Exhausted and dont know where to turn - vibration

97 Tahoe 2 door with 220K miles on original driveline. I chased down a similar type of hard to locate shudder at 65 -70 MPH that turned out to be my tranny not making a clean shift into overdrive ( torque converter lock up issue)
Check tranny condition and try driving without going into OD/4th to see if you can avoid the shudder
Tbruz
Last edited: May 31, 2021
OP
OP
T

Well my vibration originally included full body vibration and a steering wheel shimmy. It was a multitude of items.

1) warped front rotors
2) tie rods along with pitman and idler arm and upper control arms
3)I had one bad u joint I changed out both in the back drive shaft.

All of these soften the vibration to a tolerable level and removed the shimmy entirely.

The final and main issue was the NEW tires from Big O. I noticed that two tires had about 1/3 of the rim covered with weights. Cheap tires and poor quality control. They were kind enough to replace with TOYO and no more vibration.

What a battle it has been. The truck is running great and I am very happy confident in her now.

Thanks for all the help.
OP
OP
T

MeansNMethods said:
I am going through this exact same thing right now (03 Tahoe 4WD Z71). Sounds and feels almost like rumble strips starting at 70 and gone at 80. Kept driving and after about 700miles it got worse and noticeable at lower speeds.
I Put the rear up on jack stands and let it idle in 2wd. Can now visibly see a wobble in the rotation of the rear drive shaft and a clunking noise in rhythm with the rotation. Can’t find play in the u joints while stationary and the shaft “looks” fine stationary too.
I’m going to replace the drive shaft and U joints. (Just did the front one thinking this was it) Unfortunately I think I have to remove the shaft and measure it first because it looks like there are 3 different lengths within fractions of an inch of each other.


Sent from my iPhone using Tapatalk
Click to expand...

You don't need to replace the drive shaft. Just the U joints. O'Reilly has the tool to remove the u joints. Pretty simple but be careful to mark the drive shaft so you put it back in the same way it was mounted. There are a number of YouTube videos that helped me.
M

Following up about the vibrations that started at 75-80mph and got worse later on at different speeds. I’m not the OP but we had very similar issues.
Took the driveshaft to a driveline shop and they balanced it for $80. Smoothed out a little (probably a .000001mm) wear in the yoke presumably caused by the loose u joint and then replaced the u joints. Riding smooth again.


Sent from my iPhone using Tapatalk 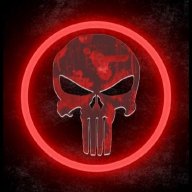 Everyone gave most of the reasons I would say but when I was younger I bought a cheap set of tires once an they were fine for awhile but one of the belts slipped on the tire. It took me a while to pin point it but it rode awful, it was making a humming noise and felt like i was running on rumble strips and the faster i went the worse everything got. Got a set of new tires and fixed it, Good luck.

Sorry @PNW VietVet I see you already made that recommendation I must have missed it the first time.

Never hurts to have a backup that agrees with you. Great minds think alike.

I know it’s a little late to add anything here, but I spent a couple of years chasing this issue down. I replaced and rebuilt everything that was suggested in this thread. Each thing I replaced felt like it made a small difference, but it didn’t. Ultimately it was bad tires that was causing the issue. Exact same speeds and identical situation as the OP. I was originally using those cheap Goodyear wranglers and it wasn’t until I switched to Michelin that it completely cured the vibration. 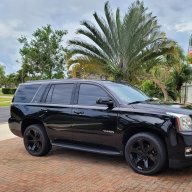 Front hubs?
You must log in or register to reply here.