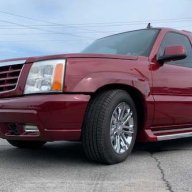 Looking for ideas! Please share photos of your custom(ized) Engine covers, fuel rail covers, etc. If anyone has them, I'd really like to see modified Camaro/Corvette fuel rail covers or Corvette/Camaro/TBSSS or ??? engine covers you have reworked to fit over the truck intake manifold. Thanks! 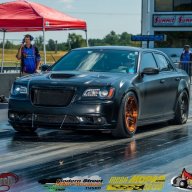 Hydro dipped some of the plastics under mine 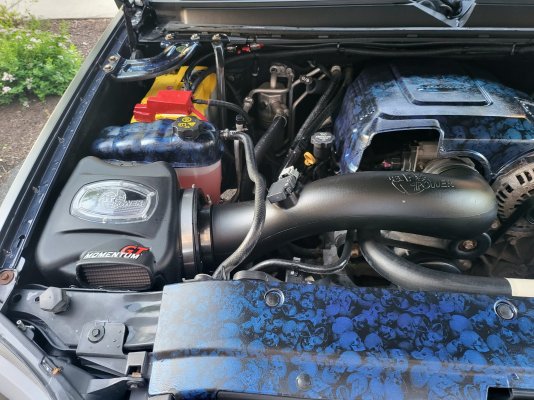 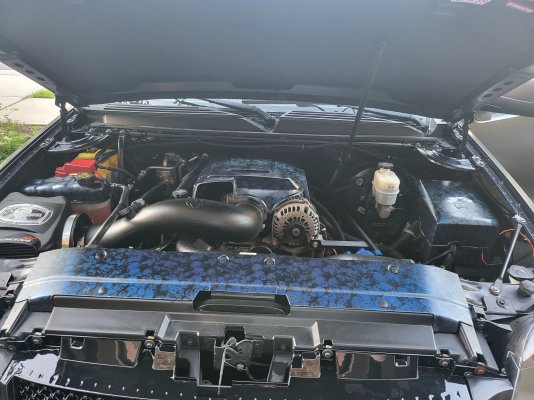 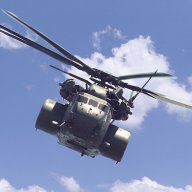 Its a water transfer film. I get the film & activator from a company called OHW Paint. Their base color paints are also really good but I've also used regular krylon or rustoleum as a base too. Paint the product in the base color, in this case I used blue, and then you would fill a vessel large enough to fit the part in with warm water. Lay the film across the water and spray with the activator then push the part through the film & it transfers to it. The film I used in this case was a skull print. Ive also done headlights in carbon fiber, and some other trim pieces in carbon & also a flame pattern.

Basically anything that you can get wet can be dipped too
You must log in or register to reply here.