low/no oil from Jiffy Lube and what next? 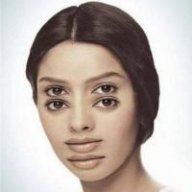 Quark said:
On the way out I asked for a free oil change which might have been a waste of time.
Click to expand...

If you're gonna let 'em eff up your stuff, you might as well ask if they'll do it for free.
Z

Its easy to clean up an oil mess with a can a brake cleaner. Does wonders, never know it leaked and evaporates fast and leaves no trace.

I would never trust a place to use a container to pour in oil, if I don't see the bottle I don't trust they are putting in what they say they are. That;s like a diabetic trusting the soft drink from the fast food joint is really sugar free version. I had a intern working on my GPS survey crew one summer who worked at a quick lube and what they did there was bordering on fraud at times. Pouring in bulk 10W-30 because the were out of 5W-30 and with the managers directions, no one every knew.

PS - I would not tell the dealer about this, they may document it and use it against you in the future if problems arise.
Last edited: Jun 13, 2022 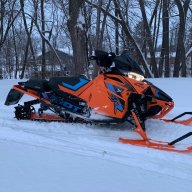 I wouldn't say a word to the dealer about this situation. For a little CYA I would actually go so far as to remove any indication that your GF used Jiffy Lube (remove the window stick, any receipts from the car etc) and take it to the dealer to have the oil changed by them ASAP. If there is any short or long term engine damage where warranty comes into play I am certain they would check the system to see when the oil was last changed and if done outside the dealer they will likely test the viscosity of the oil and if JL used some random weight oil you'll be on the hook for the repair.

The stuff I have heard about at these quick lube places, as others have stated, is borderline criminal. Had a kid I knew in high school that worked at one and if they didn't have the right filter for a car (say an Audi or BMW) they would grab the next closest one and force it on, cross thread and all. That's one of many stories.
M

My wife had a similar incident with her 2007 Yukon XL. She went to Midas for an oil change. Midas changed the filter.. But they forgot to refill the oil. Wife drove about 7 miles or so home. Low oil light goes on and truck is knocking away. She called me. I told her to check oil. Dry dipstick. She called Midas.. They came to my home to fill up the oil. My wife filmed it... Motor sounded fine afterwards. Midas offered us a free oil change. I immediately took it locally. Had mechanic change oil. I asked him to save the filter, save the oil in the filter and the first quart of oil out of the pan. I sent the filter and all of the oil to an oil analysis testing lab. They were able to provide me with a very detailed breakdown of 21 different metals found in the oil, including iron, copper, chromium, aluminum, etc.. plus and a visual evaluation of debris found in the filter.. including Major contaminants (measured in microns) like Aluminum flakes, varnish (results of high temps), Minor like Iron, dirt & grit and trace amounts of Carbon, fiberglass, cellulose, etc. The final verdict; Elevated metal wear indicated ABNORMAL & EXCESSIVE wear.
The testing lab is: Oil Analysis Labs, 2121 East Riverside Ave, Spokane, Washington 99202 Phone: 509-535-9791 or 800-366-8596.

Bottom line: Midas fought me about providing new engine.. Once I showed Midas the report, they agreed to replace the engine..

And stay away from Walmart. I could post experiences here but you can see those on you tube. 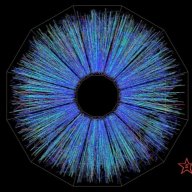 iamdub said:
If you're gonna let 'em eff up your stuff, you might as well ask if they'll do it for free.
Click to expand...

Knowing the doctors wouldn't reimburse for a failed rotator cuff repair I felt it the safer way to go.
S

I've worked at a few dealers and I managed a dealers quick lube for a bit in a past life.
For the record, all quick lubes have issues (dealers, jiffy, all of them).

A couple questions
- Exactly what light came on?
- Are you absolutely certain they dumped 8 qts of oil into that engine? Is it over full now?

A loose oil filter makes a terrible mess, you absolutely would notice that being parked in your garage.
If the engine was drained of oil, fresh oil filter their is no way it made it 600 miles and their is no way the dash wasn't lit up with a low oil pressure light.
Perhaps the 'leaking' started all at once, like on the highway right before the light came on.

If you take this to the dealer and talk through the situation expect to loose your engine warranty if anything happens later. That would be totally fair as GM didn't cause this rather Jiffy did and you'll be battling with your insurance company and Jiffy which is going to suck.

If it was me.
I would get back down to Jiffy Lube with your girlfriend and the truck. Show them the pictures (proving the 8qts went in) and have a discussion (with manager or owner) around what they are going todo to either ensure no damages occurred or take care of damages. From my perspective I would separately get an oil analysis done on the oil (after it has gotten some miles on it). I don't think I would wrap the dealer into this mess yet as right now you don't know anything.

If it really didn't have oil for 600 miles (which isn't possible as it would have had a low oil pressure light the entire time), that engine is toast. Typically when you loose oil pressure you have seconds to get it shut down before bad happens. Without oil pressure bearings are moments from failure when they are under load at temp. 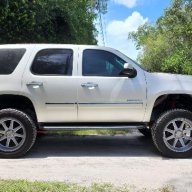 friend had a legit chevrolet dealership do this to him, filled with 6qts, oil light came on within 10 miles of driving it though. put a qt in showed nothing on the stick, another qt got it barely on the hatch.
he called and bitched at them, was probably just someone used to putting 6qts in an ls for 15 years. 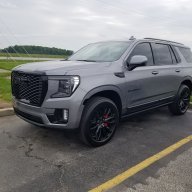 A huge difference though, @steiny93 is that if a dealer did this you have a lot more legs to stand on, and access to factory engines and mechanics and further warranty, vs other places that may want to fix, but on their own terms and people.
J

Doubeleive said:
ok, so how did they determine it was a jerry can low on oil then? nobody in there right mind just adds 8 quarts of oil to a engine with knowing the existing oil level first, which to me indicates that they drained it and replaced the filter previous to adding the oil.
you know what I mean you don't pull into a shop and say hey my oil is low ummm ok lets just add 8 quarts of oil that should fix you right up sir....or mamm rather, that just doesn't happen.
Click to expand...

Yeah this is a weird story complicated by a woman that has no idea what's going on
You must log in or register to reply here.

Low oil pressure at idle, pulling my hair out, looking for any and all options.
2 3