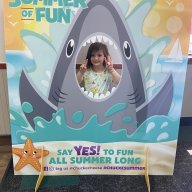 I decided to purchase a 2018 Escalade Luxury w/ ebony interior that had 48k miles for 55k with 4/48 extended GMPP warranty. I owned my 2008 Sport since it was brand new. I put 207k miles in 14 years. I had to replace the transmission at 150k & engine at 192k. I can say the truck was good to me and got allot of use out of it. I went for the 2018 because of the 10-speed, improved suspension and some other improvements. Also there is no difference between the 2018-2020 except some colors and a lift gate light to see where to kick to open. I do have to say that the best mpg I ever seen on my 2008 was 17.1 mpg in 14 years. Now the best I seen on my 2018 is 36 mpg. Overall I can say that the 2018 is 20-30 percent better on gas. This is based on driving in Houston. I ran a check and the truck has never seen the dealer except for maintenance items. The dealer sold me the 2018 with new Goodyear Touring tires which lasted me 23k miles which I think is terrible. I currently have 72k miles and decided to put the Michelin Defender LTX which is a great and comfortable tire. I only had to change the transmission fluid which for the 10-speed only uses Dexron ULV only. The dealer charges only $250 to change it so it is better to let them do it than trying yourself or going to a independent shop. I changed the armrest since the previous owner must have put all his/her weight on it. I did notice that the rear view camera mirror is not so good at night so I changed the license plate lights to T15/921 Sylvania LED which works great. I also tinted the front windows using ceramic 15%.

1/ Quiet when driving at 90mph on the highway
2/ 10-speed works flawlessly
3/ CUE system technology which my kids love the 4g
4/ Hidden safe with glovebox combo lock
5/ Power 3rd row seats
6/ Acceleration 0-60 and is governed at 112mph. EcoTech 3 engine with 420hp/480lb. torque.
7/ 5x USB data ports which I can keep a flash drive, iPod, iPhone and more connected at the same time and could go through the sources on the fly.
8/ Gauge cluster that can be customized
9/ Heads-up display with 4 different selections
10/ Door storage for the front, 2nd row and some storage in the 3rd row. Also hidden storage in the rear cargo area.
11/ 12v plug for 3rd row and 115v plug for 2nd row
12/ Apps on the cue like Pandora, i-Heart, CarPlay, Android Auto, My Cadillac which updates the car and more.
13/ The navigation screen shows the weather on graphics depending on weather and with 3D buildings.
14/ Don’t need to ever remove the key from your pocket & push button start.
15 / Kick to open lift gate
16/ All windows are express and you can lock the rear doors for child safety with a switch. No need to manually do it at the doors.
17/ Multiple cup holders in the doors. I wish there was cupholders in the middle like the last generation.
18/ Lighted door sills and handles.
19/ Power folding mirrors by remote also can put windows down by remote.
20/ Pretty light accent on the doors and in the handles.
21/ Solar windshield as well as acoustic for the front windows.
22/ 4-way telescopic steering wheel.
23/ Suede on the dash, chairs and door.
24/ Bose center-point speakers 16x which sounds way better than previous gen.
25/ Oil psi, Battery voltage, navigation directions, radio controls, speed limit posted and gas mpg on the gauge cluster
26/ LED headlights that show the road well at night, so well that you don’t need fog lights since the LED lights up perfect.
27/ No gas cap
28/ 2nd generation mag ride with Tour, Sport and Winter modes.
29/ Electronic steering
30/ Motion detector inside also tilt alarm and backup battery on alarm siren.
31/ Cadillac app is more informative and reliable that the previous.
32/ Lane assist, auto front/rear brakes, ACC cruise control and seat belt tightening.
33/ 360 degree cameras w/ auto park assist.
34/ Real wood on the dash, doors and center console.
35/ Wireless charger
36/ Blu-ray player, USB drive for RSE.
37/ Direct injection
38/ Sunglass or storage by the front cup holders.
39/ Tire fill alert
40/ Camera rear view mirror with separate camera and washer fluid washer.
41/ Kona brown interior choice
42/ Messaging seats for the platinum and refrigerator in the center (heard it’s doesn’t keep the drinks as cool).

Things that the 2008 had that is missed.

1/ Dolby Digital/DTS surround also DVD-Audio
2/ You would hear the engine purr through the muffler.
3/ 6 DVD/CD changer
4/ Tilt navigation screen
5/ Audio system for 2nd row passengers.
6/ The rear camera had way better picture quality, especially at night.
7/ You could remove the 3rd row if needed.
8/ Came with roof rails
9/ Two separate compartments for the center arm storage.
10/ Cup holders in the middle for 2nd row.
11/ Better quality leather seats
12/ Wood on steering wheel
13/ Fog lights which was nice because you could put yellow or your choice of lights.
14/ Heated washer fluid
15/ Power fold for second row on overhead panel in the front
16/ Parktronic leds on the passenger rear pillar.
17/ Ashtray and cigarette lighter.
18/ Keylock for glovebox
19/ Heated/Cooled seats where better and no vent to blow heat on the 2nd row passengers.
20/ Outside temp in the rear-view mirror.
21/ Triple Diamond White which only the 2015 has. They should have made it a color choice instead of eliminating it completely.
22/ Heated/Cooled cup holders for the platinum.

Now if anyone else wants to chime-in and add please do so. I am probably missing something’s that may be important to others.

The 2015-2020 was pretty much the same truck and GM had to come out with something quick since they didn’t change the 2007-2014 Escalade for 7 years. When the 2015.5 came out with the 8 speed it was a disaster. The suspension was terrible as well. Many people flocked away from the Escalade from 2015-2017. When the 10-speed came out, customers started to flock back to the Escalade after hearing that they fixed the suspension issue and transmission issue. Now the new body style is great but I am not going to get it yet. I don’t like that it’s bigger on the outside and not as sleek. I feel they did that for the IRS which hangs low from the back. The front of the new Escalade looks the same as the GMC and Chevy also looks like a bus from the side, especially the sport editions. The 2008-2014 Platinum & 2015-2020 headlights looks like jewelry, so freaking beautiful and unique. The engine configuration bet. The 2018-2020 is the same exact spec. like the 2021 and up Escalade so I am not missing out on that. I do love my 2018 Escalade and very happy with my purchase. I plan on keeping it for many years and maybe as long as I kept my 2008. I probably wouldn’t have gotten rid of it but it needed 10k in body work to make it acceptable to me. I also didn’t like that OnStar was shutting down there 2g/3g network. The 2007-2014 didn’t have Bluetooth audio or HD radio. My new Escalade is well taken care of and gets waxed every 3 months. I don’t know if I am going to ceramic coat it yet. I did the clay-bar and applied ceramic spray.

If anyone can recommend anything please let me know. 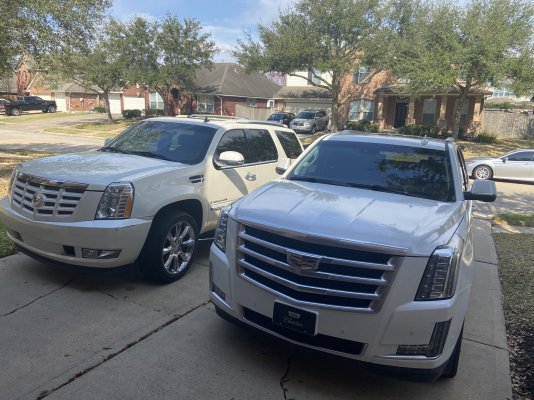 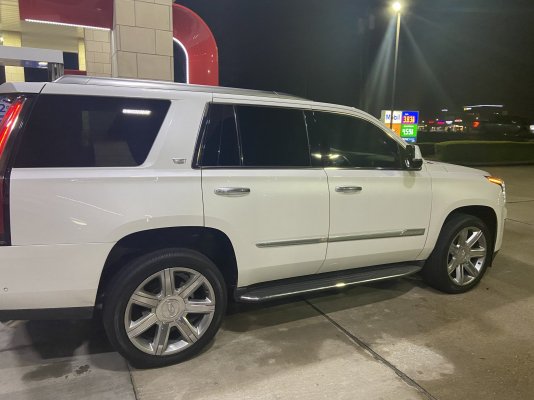 Nice man. Good write up. What side of Houston?

I have really been thinking about the 18 to 20 eskys... Only thing I had issues with was the controls on the center of the dash, always seemed to be screwy for my fingers, and didnt like the screen angle in the middle... I know what you mean going from the nnbs to k2 is a weird jump... I am going on almost a year in this burb, has some great things about it for sure.... The seats hold you more in these but the comfort of the nnbs seats is second to none... If you lower it, you will pickup around 2 mpg.... Mine was on 45 north headed to conroe, 75 mph pulling 33 mpg, combined 25 mile test I averaged over 25 mpg with city driving and highway. Cant complain. 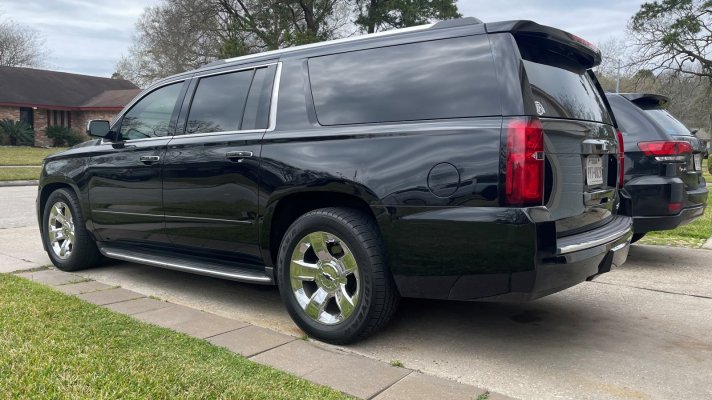 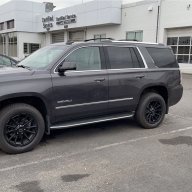 Great call on looking for a 10 speed vs 8 speed. The 10 speed has been a huge improvement over the 8 speed in my 2015. Michelin Defenders are the way to go with these trucks. Have had them on both of mine, current set has 40k miles on and no need to replace for at least another 30k.
B

How in the hell are you getting that kind of fuel economy? Surely it must be on the "instant economy" readout. Yeah I've seen 99 MPG too. When it comes to the entire tank average you'll sing a different song.
OP
OP 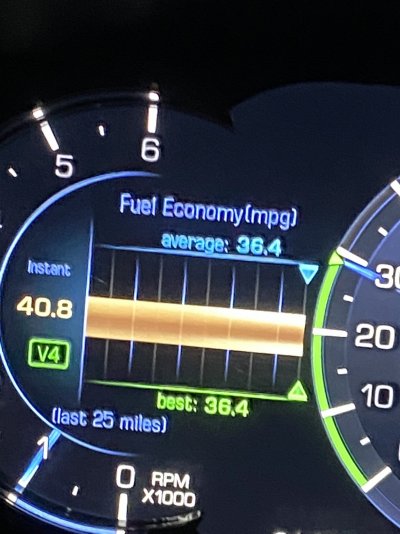 Nope not instant and I have no reason to lie.
OP
OP 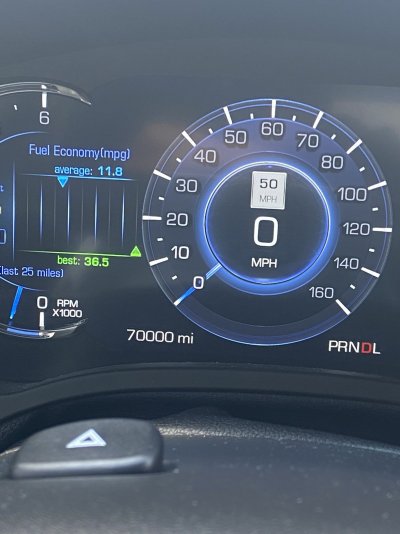 Holy cow, that is impressive, on the gas mileage!!! Been looking for a vehicle to replace my '02 Tahoe (like you, need MUCH work). Had been shying away from Yukon/Escalade but dang, for that, might seriously consider.
You must log in or register to reply here.