I just got a 2002 Chevy Tahoe LT, everything is stock. The vehicle is in impeccable condition, only one owner before me.

Setup:
There are no "Bose" logos on anything, so not premium audio.

Head Unit mostly works, but CD player is failing - often have to reinsert (even with a brand new CD, no scratches or dust) many times to even get it to play. Once playing, it can usually play through the CD if I don't do anything. However, the slightest bump sets it off and it stops, sometimes giving "Err" and ejecting the disk. Also, sometimes if I try to skip tracks to a later track it gives "Err" and ejects the disk.

There are the standard stock speakers in all 4 doors and a sub in the back.

There is a tape player below the main head unit with only two buttons, prog and eject.

There is a "Mini Portable TV" with flat screen on the roof in the backseat, not a DVD player (those started being installed in 2003, I believe). It does not turn on, and even if it did, I'm sure being made in 2002 it was for analog TV and not digital so it wouldn't work today anyway.

Center console has two headphone jacks and separate controls. It has a volume knob for each jack, a pwr button, AMFM button, Tape/CD button and "P.Set Prog" Button and seek buttons for the radio. Also, if I'm not mistaken, I think it cuts out the rear speakers when it is on - but I just got the truck and haven't checked it all out yet.

My previous truck (RIP) had a Pyle PLBT73G head unit which I have removed and I want to use to replace the broken head unit. Not the greatest head unit in the world, but it's basically free to me at this point and has everything I want to add - built in DVD with a/v output, USB, SD card, front aux input, rear aux input. I've seen the cautions about using a flip-out screen with this truck, but I believe if I hold the shifter in when in park it should clear it OK and shouldn't have an issue in any position other than park, either.

This is not my first rodeo replacing a stereo, so basic head unit replacement won't be an issue. I can get the harness, hook up the cables and wires, add amps if I want, etc. So I don't need help with that. However, doing a basic replacement means I would lose the center console functionality (and it would be really nice to have for my kids), and the tape player (yes, believe it or not I want to keep the tape player if possible).

I can hook up a switch to switch sources going into the rear aux of the head unit to switch between my available options.

I can get a replacement Blu-Ray and/or DVD-Player (or maybe just a monitor with inputs, I haven't decided yet), figure out which wire is power and run RCA cables through the trim to the head unit and make it switchable between playing its own disks or playing what's being played on the Pyle unit.

I haven't looked at the wiring yet and I want to do as much research as possible before I start tearing everything apart. Has anyone successfully retained the tape player and/or center console functions (even if only partially) when replacing the head unit?

I think the tape player, if it has power will just play when a tape is put in, I might not be able to control it, but I think if I find the right wires I can tap into the audio. Or will it not play unless it gets a signal from the head unit? If so, is there anything available to simulate the signal?

In general, how does the center console unit communicate with the head unit? Does it get radio from the tuner on the head unit or does it have its own tuner for the radio?

Where does it get the audio signals from the CD and tape player? Separate signals coming in or just one audio signal from the head unit?

Does anyone have a wiring diagram for the center console?

I probably can't use the factory center console, but I want to give it a try if anyone out there knows how. If there is no way to make use of it, are there any aftermarket replacements designed specifically to replace this?

Otherwise, I could rip it out and Frankenstein my own with a bunch of RCA composite inputs and outputs, splitters, switches, and headphone adapters. The inside looks so nice an well taken care of though I don't want the eyesore that I would end up creating if I can avoid it. I'm great at hooking up electronics and making them work, but horrible at putting it back together and making it look good unless I have kits to make that part easy.
OP
OP
C

I forgot to mention it also has OnStar, so I'm guessing I'm losing that by replacing the head unit, too. 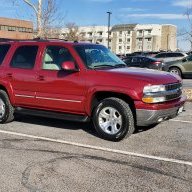 Go to Crutchfield.com and see what they have for you. You'll need to have an idea of what you want: CD player or not, Bluetooth, CarPlay, etc. They have good guidelines and can be pricey, but sometimes worth the money since they discount the install materials.
A

Not sure about your year but for my 2007 I bought the idatalink maestro harnesses to retain my onstar, steering wheel controls, and the center console controls still worked for the radio, DVD and TV. I imagine they'll have a harness for your truck.
Another plus is it'll read odb2 trouble codes.
Crutchfirld is a good place to find what you need as mentioned above. Sonicelectronix is another site that has good prices and lots of information. 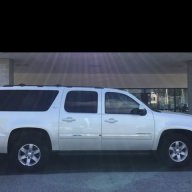 AHUNN, thinking of upgrading my head unit in my 11 Yukon xl. Has the Bose amp, steering wheel controls and the rear seat system. Is the install kit you mentioned correct for keeping these things? Also have OnStar and XM, but don't use the OnStar. Just doing a little thinking as I can't play my podcasts through Bluetooth, and the aux plug is a little iffy most days. Also my rear view camera is in the rear view mirror, and could stay there, but I would prefer it to be in the head unit. Thanks
You must log in or register to reply here.